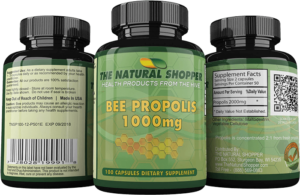 It was interesting to read the release of ‘new’ research into the use and effect of prescription antibiotics today, found first on the BBC (.co.uk) website.
The studies, reported to be ‘new’ are basically only adding weight to something the medical community has known about for years, and we have written about countless times – over-prescribing antibiotics can lead to the body developing a resistance against their effects/benefits. It actually goes deeper than that. It turns out that around 25% of people wrongly believe that antibiotics work on viral infections like colds and flu, when in fact they have no effect on viruses, which happen to be the cause of most respiratory tract infections manifesting as coughs/colds etc.
So not only are we over-prescribing, we are also taking antibiotics for the wrong type of ailments. Now it could be that doctors are not directly prescribing AB’s to treat coughs and the common cold, the problem is that they are prescribing them for just about everything else, and the public invariably end up with a medicine cabinet of partially used antibiotics which they later self-prescribe for any ‘cold’ like ailments which occur. This practice is clearly unsafe and could fuel drug resistance.
“The HPA poll of 1,800 people in England also found one in 10 people keep leftover antibiotics – and many would self-medicate next time they got ill”
In addition to the problem of self-medication is the intense pressure placed on Doctors to prescribe a medication which has been heavily advertised on TV and other media outlets such as the internet. This phenomenon is particularly rife in the USA where billions of dollars are spent each year to promote pharmaceutical products to the public. This is a potentially damaging practice since it’s placing power in the hands of people who are not qualified to use it.
The upshot of this situation is that we are seeing the potential for a significant rise in untreatable infections. The European Centre for Disease Prevention and Control said that antimicrobial resistance “is one of the most serious public health challenges that we face in the EU” and could cost at least 1.5bn euros.
But 70% were aware of the problem of antibiotic resistance in hospitals, and a similar number were aware that they or their family could be affected.
Health professionals must learn to resist demands from the public for treatments they know have little or no effect on coughs and colds. In a recent European study by the HPA it was found that 97% of people questioned said that the last time they had asked their healthcare practitioner for an antibiotic, they were prescribed one.

FROM THE HPA –
• The majority of coughs/colds get better without medication – antibiotics do not speed recovery
• Coughing up phlegm does not suggest a need for antibiotics
• A sore throat plus a runny nose with phlegm suggests the infection is less likely to respond to antibiotics
• A high temperature, red throat and feeling ill suggests you may benefit from an antibiotic
• If you feel able to stop taking them early, you may well not have needed them
• Always take all doses for as long as instructed
• Never keep any leftovers – what’s prescribed for one infection might not work for the next
• GPs can give a delayed antibiotic prescription for you to take only if things get worse
• In cases of severe illness, antibiotics can save lives

Dr. Clare Gerada, chair of the Royal College of GPs, said: “Antibiotics are a wonderful thing when used properly, but they are not a cure-all for every condition, and should not be seen, or used, as such.
“The opposite is often true and, when used excessively or inappropriately, they can actually do more harm than good – reducing a patient’s immunity to illnesses, or building up an immunity to antibiotics, both of which can have negative consequences for good health.”
There is growing concern amongst the medical community that the drugs’ usefulness may be coming to an end. Antibiotic resistance has reached “unprecedented levels”, with more than 25,000 people dying (in Europe 2010) from bacterial infections that were resistant to antibiotic drugs.
As the director general of the World Health Organization, Dr Margaret Chan, put it: “The world is heading towards a post-antibiotic era in which many common infections will no longer have a cure and, once again, kill unabated.”
So are there natural alternatives to these drugs and is it possible that a natural alternative might provide the type of resistance that the body does not develop immunity toward? There are substances which are of significant interest and have at least significant potential in the arena of antibiotics. The benefits of Propolis [learn more about propolis benefits here] have been discussed at length through our website and is a substance of interest when it comes to evaluating natural products which may provide antibiotic properties. But the cost of taking a drug from discovery to market is estimated at around £700m. And that is the cost on Pounds GB and applicable to UK and European markets, in the USA it is considerably higher. Then, of course, there’s the resistance from the drug companies via their powerful lobbyists who act to prevent the progress of any naturally derived substances from entering the markets.
Colin McKay, from the European Federation of the Pharmaceutical Industries and Associations, said: “It is very difficult to make economically viable models for antibiotics.”
“With heart medication or anti-depressants, a lot of people take them for a long time so you can make money back. An antibiotic that works is unlikely to be used for more than a couple of weeks.”
Now taking the step from having a serious issue with the over-prescribing of antibiotics and its associated consequences on the body developing a lasting resistance, to suggesting that propolis or any other substance for that matter, might be a solution, is taking a very long step indeed. Clearly, there are middle stages that must be explored and we haven’t really made sufficient inroads into the necessary clinical research at this stage. But from what has been researched, there is a clear indication of ‘potential’ and many deem it significant enough potential to warrant additional stages of research.
Propolis and its benefits have been under review by the World Health Organization and they consider it a ‘natural cure’. Its popularity is ever increasing, due to concentrations of flavonoids which appear to be responsible for the antibiotic effects of Propolis. Flavonoids are not only antibacterial substances, they are also active for the treatment of ulcers, rheumatism, flu and cold symptoms along with respiratory ailments and other breathing issues. In a sense, this gives us a broader range of uses than most prescription antibiotics can. We must yet learn the long term impact of using propolis and to see whether or not the body creates a natural resistance to the properties of the substance.
Certain studies pertaining to the above suggest that this is not the case, that propolis may be used in the longer term without the negative impact of building resistance to the treatment. These claims have yet to be confirmed.