It should be common knowledge these days that honeybees play a vital role in crop pollination. And we should all know by now that this essential player in the perpetuation of our food chain, the honey bee, is under threat.
Widespread use of chemical pesticides and fertilizers to increase crop yield are causing a serious problem with the bees. These chemicals are being absorbed by the honeybees and transported back into the beehive and are eventually leading to the destruction of the hive. Scientists have coined the term “Colony Collapse Disorder” to label this ‘phenomenon’.
We’re at a point in the history of our planet where the earth’s population has greatly exceeded the point where it’s natural resource levy can sustain us. Food, water, irrigation for crop growing, life-sustainable ambient temperature, and in certain areas, clean and safe air for breathing, are all issues we are concerned about in our rapidly expanding planet. This is not a good time to be introducing the issue of CCD.
Frustrating (putting it mildly) is the fact that CCD is clearly a man-made issue and thus resolvable by retracing our steps to the point where the issue began to occur. This has already been done around Europe, and without contention, the culprit has been identified as specific types of chemical pesticide. Naturally, these harmful pesticides were quickly withdrawn from the market in Europe, so why not here in the USA? – I don’t fully understand the reasons why.
My instinct is that it’s all about money. Think back to the crisis in the Gulf of Mexico where we faced one of the largest man-made disasters in our time. Of tremendous concern (so we thought) was the impact of the massive oil spill on the environment and more specifically the ocean. So why did we pump millions of gallons of toxic ‘cleaning’ agents (dispersants) into the sea? We knew the harmful impact these specific agents could have, and we had alternatives available, yet we continued to perpetuate the problem by using toxic substances to disperse the oil. Sounds remarkably similar, doesn’t it? And of course, money was shown to be at the root of the decision to use those particular dispersants in the Gulf, a clear and proven tie between BP and the companies making the dispersants. So my rather suspicious nature draws me to suspect that similar workings are afoot with CCD. Quite simply, the profits are too high to pull these specific pesticides and the company (or companies) who manufacture them are too ‘powerful’ to be overridden by any Federal officials.

How deep does the problem run? Well given the rather intricate balance of the planet with regard to population and available/sustainable food supply, it really couldn’t be any worse. But also of concern is the fact that beehive products are used so widely in many of the different products which we see on supermarket shelves. Royal Jelly is used extensively as a vitamin supplement, as is bee pollen, propolis and honey. Honey is used widely in the food industry as a natural sweetener and even in skin care and cosmetic products, as is royal jelly. These substances were once found abundantly in hives in the US, but it is becoming more difficult to source them, thus more and more is imported from overseas. [learn more about royal jelly and the importance of quality and integrity throughout the manufacturing cycle]
For those of us who take bee products for their nutritional benefit, we know the advantages of using domestically sourced ingredients – quality, purity, the integrity of manufacture, to name but a few. 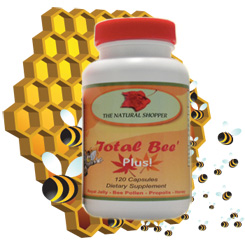 But how can we continue to use ‘premium’ domestic ingredients when the local supplies are becoming more and more difficult (thus expensive) to source?
There are ways in which we can respond to this situation. Most European countries have identified the harmful chemicals and removed them from the marketplace. They’ve seen an uptake in hive population directly proportional to their removal of harmful pesticides from the market. We can do the same here in the USA. Like all successful ‘movements’ over the centuries, it begins with increasing mass awareness. Help spread the word and increase awareness of these issues affecting our food supply by using tools available to you like Google, for research, Facebook/Twitter, for sharing information with your friends.
And please share this article with people whom you know, simply use the ‘Facebook’ share tools on this page.

Lastly, we are working on a project to increase awareness and generate funds for organizations who are close to the front-line and who are equipped to take direct action. We’ll be releasing news of this project in a few weeks and asking directly for your help.
Please bookmark this page and stay tuned. Also, join us on FB where the first announcements will be made.