The Benefits of Green Tea for Diet and Weight Loss

Green tea is one of those herbs which seems to have been around forever. Like Ginseng, St. John’s Wort and Echinacea, Green tea has cemented its place in our health conscious minds, and for many, in our medicine cabinets too.

More recently, perhaps over the last decade or so, we’ve seen a steady influx of green tea-based supplements on the market, many aimed at diet and weight loss. Not everyone cares to drink teas, particularly green tea which does not have a particularly pronounced or appealing flavor, so consuming it in capsule form seems the natural thing to do to access its weight loss benefits conveniently. [More about Green Tea Extract and Weight Loss here] 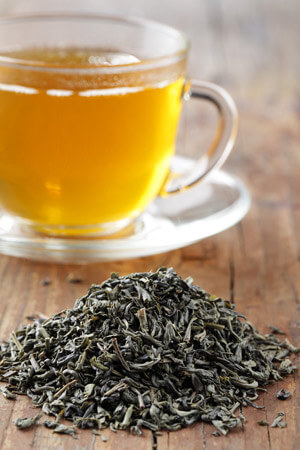 The process of brewing or ‘steeping’ green tea in leaf form should be conducted within a specific range of temperatures, usually around 75 to 80 centigrade, otherwise the tea will release tannins and become quite bitter and pungent and the health benefits of the green tea may also be minimized. The steeping range is effected by the quality of the raw leaf and is, therefore, a variable which is either going to be printed on the packaging or determined by trial and error by the end user. For this and other reasons, it makes sense to utilize the green tea extract in your weight loss regimen in a more readily controllable way, such as with a capsule.

The benefits of green tea as part of a natural food regimen should not be understated, and taking it in capsule or supplement form provides us with potentially more benefit than using the substance as the ingredient in a hot drink.
Folklore has it that green tea might be beneficial to such things as cancer, diabetes, heart disease, weight loss, metabolic function, lowering cholesterol and much more*. It is certainly linked to a broad range of health benefits, but the main focus of this article is its potential use in a weight loss supplement.

But first – Green Tea, what is it?

The health benefits of green tea are thought to come about largely as a result of the way in which it is harvested – a method which invariably seals-in the active compounds or flavonoids.

It begins life as the leaf of the (Chinese) Camellia Sinensis, (though it is now grown extensively in other parts of Asia, such as Japan, where the regional climate is conducive) it is then picked and heat treated to lock-down its flavor and the ‘volatile organic compounds’ – which are the active substance of any plant or herb.
The heat process varies based on the region in which it is collected, but generally, it involves some form of slow roasting either in dry ovens or by a high-temperature steam process.

Some people are concerned over the caffeine content of green tea, and in fact, the per milligram content of caffeine in green tea is higher when compared with other drink/brew substances such as coffee, but it is used in much smaller quantities and therefore the final amount of caffeine consumed is considerably less.

As with all ‘natural products,’ there are a broad range of opinion as to its benefits. Around 4500 years ago it was deemed to be ‘medicinal’ by the Chinese Emperor Shennong, and it has been used under the premise of it being a medicine ever since. But more modern testing has shown potential benefits to the substance which appear to be quite real and quite unique.

Tea leaves, depending on the growing region, climate and harvesting/processing methods, can contain as many as eight hundred different chemicals and compounds, ranging from carbohydrates and polyphenols to alkaloids like caffeine, to dietary minerals like linoleic acid.

The common focus when looking at green tea from a dietary / health perspective is its content of flavonoids, most prominent of which are catechins. Catechins are considered an anti-oxidant and therefore a key player in the human autoimmune system.

It is likely the catechin/flavonoid content of green tea which creates the association with the substance being some form of anti-cancer agent; since antioxidants generally play the role of fighting free radicals which can contribute to the development of cancerous cells and other medical conditions.

More specifically, the main active component of green tea is a concentrated form of epigallocatechin-3-gallate (EGCG), which is the focus of many health studies where it is linked to the broad range of health benefit claims.

Studies conducted around the world, but most notably in Japan, have shown some very promising connections between the health compounds of green tea and the ability to fight cancerous cells. One such study concluded by claiming a reduction in the risk of developing lung cancer could be realized by consuming two cups of green tea per day. Though this is somewhat arbitrary in the absence of a more complete set of data, it is generally corroborated by many other similar studies.

Studies have shown that green tea (teas and extracted compounds) can play an important role in weight loss and weight regulation.
As a substance containing caffeine, it can help promote a higher metabolic rate which has the effect on the body of encouraging it to burn more ‘fuel’ (calories) even when at rest.

As a substance with caffeine, it carries with it the side-effect of being a mild diuretic. A diuretic is useful in minimizing water retention but can, under certain conditions, lead to mild forms of dehydration. However, the British Dietetic Association suggests tea can actually be used effectively to supplement normal water consumption, and that “the style of tea and coffee and the amounts we drink in the UK are unlikely to have a negative effect [on hydration]”.

Dr. Ruxton said: “Studies on caffeine have found very high doses dehydrate and everyone assumes that caffeine-containing beverages dehydrate. But even if you had a really, really strong cup of tea or coffee, which is quite hard to make, you would still have a net gain of fluid”.

As is the case with most natural supplements and weight loss products, there are no real hard and fast rules when it comes to optimal daily dosages. These are not products ‘approved’ by the FDA and limited medical studies are available. But as a general guideline, 600mg per day is a good level for green tea in supplement form.

In a recent medical study conducted by Dr. Venket Rao, Professor Emeritus at the Department of Nutritional Sciences at the University of Toronto, it was determined that people taking approximately 270 milligrams of EGCG and 3,400 milligrams of conjugated linoleic acid (CLA), both of which are active ingredients in green tea, showed noticeable levels of weight loss. 3400mg seems like quite a high dosage, where in fact it’s a little over half a teaspoon, so hardly excessive.

In a practical situation, when combined with other natural ingredients shown to produce weight loss, a daily dosage of 600mg – 700mg would be optimal for most people and minimize any unwanted effects of caffeine. Other substances associated with weight loss would include bee pollen, dandelion root and apple cider vinegar.

Of course, controlling weight is an ongoing process. Many people with weight issues are familiar with the cycles of weight gain – dieting – weight loss – then subsequent weight gain once the need to diet subsides. Since green tea can be so beneficial to general health and well-being, it makes sense to incorporate the substance into your diet on a regular long-term basis. In this sense the product becomes useful for ‘weight management’, helping your body stay optimally tuned to burn fat and calories more efficiently.

Green tea may also be beneficial to the cardiovascular system, beyond the obvious benefits which come from keeping the body within an ideal fat-to-weight ratio. The various studies indicate a role in the substances volatile organic compounds, more specifically in its polyphenols, in reducing the level of harmful LDL cholesterol in the blood and also reducing triglycerides.

We recommend green tea to anyone looking to improve their general health and lose or maintain weight. We’ve combined premium grade 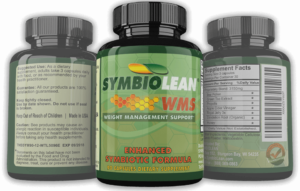 Try it for yourself, order a bottle of Symbiolean with Green Tea today.