A study of Bee Pollen.

Bee Pollen is one of Mother Nature’s most precious substances – a nutritional powerhouse and one of the richest and purest natural foods available. It is in its nutritional and medicinal value that we find the true gift of bee pollen.

How does it come to be? 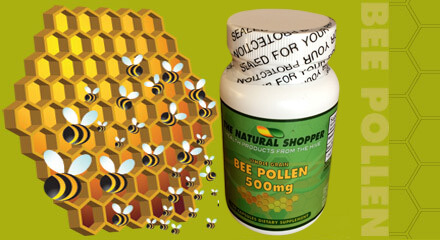 Pollen grains contain the male germ cells produced by plants, flowers and blossoms. Honeybees are responsible for a significant part of the crop pollination world wide and therefore play a significant role in perpetuating the human food supply.

Nutritionally, it is composed of microspores produced in the anthers of flowers and in the cones of conifers. These time spores are used to create the pellets of bee pollen, with each pellet containing upwards of two million spores. The process by which pollination occurs involves the transfer of the pollens by the honeybee from the anther of a stamen to the stigma of a pistil, which provides the fertilization element and leads to the growth of the seed. As I mentioned earlier, the honey bee plays a vital role in the process, though plants can also be pollinated by other (mostly flying) insects along with natural weather conditions like wind and rain. Birds also pollinate plants as do certain marsupials.

In essence, bee pollen is a concentrated form of vitamin rich ‘food’ that is used widely not only as a dietary supplement, but also in alternative medical treatments.

So why are we so interested and what possible benefit can it provide outside the realm of the animal and plant kingdom?

Pollen contains the richest known source of proteins, vitamins, minerals amino acids, enzymes and hormones which are associated with benefits to human health. And it isn’t just about quantity it’s also about quality and proportion. Because of its high nutritional integrity it is claimed that bee pollen and water is all that is needed to sustain human life.

In addition to the B vitamins, bee pollen also has an impressive array of vitamin C along with smaller amounts of E vitamin. One of the interesting properties of bee pollen is its potential for assisting in weight regulation. It contains a substance called Rutin, which may have some benefits in controlling natural cravings for foods and other substances such as nicotine and alcohol. [A look at the history of bee pollen and it’s impact on weight loss] 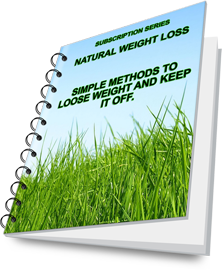 Another area of fascination is in how bee pollen acts as a potent antioxidant via its flavonoid compounds. These antioxidants are said to remove free radicals from the body, the agents which cause cellular destruction and can bring on various disease. Since we rely on our own system to generate its own antibiotics, and we each are able to accomplish this process at different rates, pollen may provide us with a needed boost, enabling a more efficient detoxifying processes by our liver. In support of this we can look to the following clinical study –

Comparison of bee products based on assays of antioxidant capacities.

The rank order of antioxidant potencies was as follows: WEP > EEP > pollen, but neither RJ nor 10-hydroxy-2-decenoic acid (10-HDA) had any effects. Concerning the main constituents of WEP, the rank order of antioxidant effects was: caffeic acid > artepillin C > drupanin, but neither baccharin nor coumaric acid had any effects. The scavenging effects of caffeic acid were as powerful as those of trolox, but stronger than those of N-acetyl cysteine (NAC) or vitamin C.

On the basis of the present assays, propolis is the most powerful antioxidant of all the bee product examined, and its effect may be partly due to the various caffeic acids it contains. Pollen, too, exhibited strong antioxidant effects.

So it is concluded in the above research that pollen exhibits strong antioxidant effects. This is critical in our understanding and appreciation of this substance, and our ability to apply its potential for benefit to the human body.

Bee pollen contains vitamins, minerals, carbohydrates, lipids, and protein but it is important not to confuse bee pollen with royal jelly, honey, honeycomb, bee venom, or royal jelly, since these products do not contain bee pollen. Oddly, when looking at the spectrum of nutrition offered by each of the substances removed from the beehive, only when all are added together does the picture look ‘complete’. Generally, it is considered a safe substance but if you have pollen allergies, you may suffer a serious allergic reaction which can manifest as a shortness of breath, hives, swelling, and anaphylaxis.

Though often bee pollen is used to desensitize people who suffer from such allergies to their effects. In that case it is typical and desirable to source pollens collected locally. Important Note – as some individuals are allergic to local pollen, and various pollen species contain specific allergens, individual sensitivities must be tested before pollen is used as a treatment against seasonal allergies.